Matsu, an archipelago of several small islands that politically belongs under Taiwan, yet located just few kilometres away from mainland china, has been of utmost strategical value since the beginning of Chinese Civil War.

Matsu in ancient chinese folk religions is a goddess of the sea, protector of sailors, seamen and fishers. The archipelago, divided into 5 areas, is named after this goddess. Cult of Matsu is very strong on the islands, with statues, shrines and temples of the goddess located in great numbers around these few tiny isles.
See full map

In addition to strong following of folk religions, fishing and winemaking, Matsu is known as very strategic piece of land for Taiwan. While Taiwanese government is managing the islands, they are located just few miles off the coast of Mainland China , with Fuzhou being the closest city. The island is covered in military outposts, forts, defence and cavern systems of various kinds since the beginning of Chinese civil war. While many of the forts and caverns are now defunct and open to the public and tourists, there are still many active military outposts, as the civil war never officially ended.

I have came to Matsu from chinese Fuzhou with a quick ferry, travelled around 2 largest islands of Nangan and Beigan. and then continued to main Taiwan island with yet another ferry few days later.

One of many temples dedicated to goddess Matsu, this one in Jieshou Villiage, Nangan.

One of many military structures on the island that is out of use.

As seen from a bunker in the Iron Fort.

In front of the Matsu Statue.

Construction under the Statue.

Massive Tunnel Built into a side of Beigan Island.

Similar tunnels are on each of Matsu Islands and are build by dynamites and soldier's hands.

These tunnels were build during chinese civil war and were used to hide and quickly deploy Taiwanese warships when necessary.

Part of hat is left of the military history of the island.

Originally build for Military purposes, now serves as a distillery of Matsu Wine.

Tunnels were hidden and sealed from seaside, and would be opened only when needed.

Hunderds of Taiwanese soldiers died while constructing the tunnels.

The largest tunnel system is on Nangan island.

Some of the tunnels are now available to visitors with guides showing around them.

Other tunnels and military posts are still contoled by army and not accessible to outsiders.

Taiwan or Republic of China, relatively small island in South Chinese Sea, is the centre of Chinese democratic government in exile. As island both well endowed in natural beauty and technological development, it is well worth the visit. 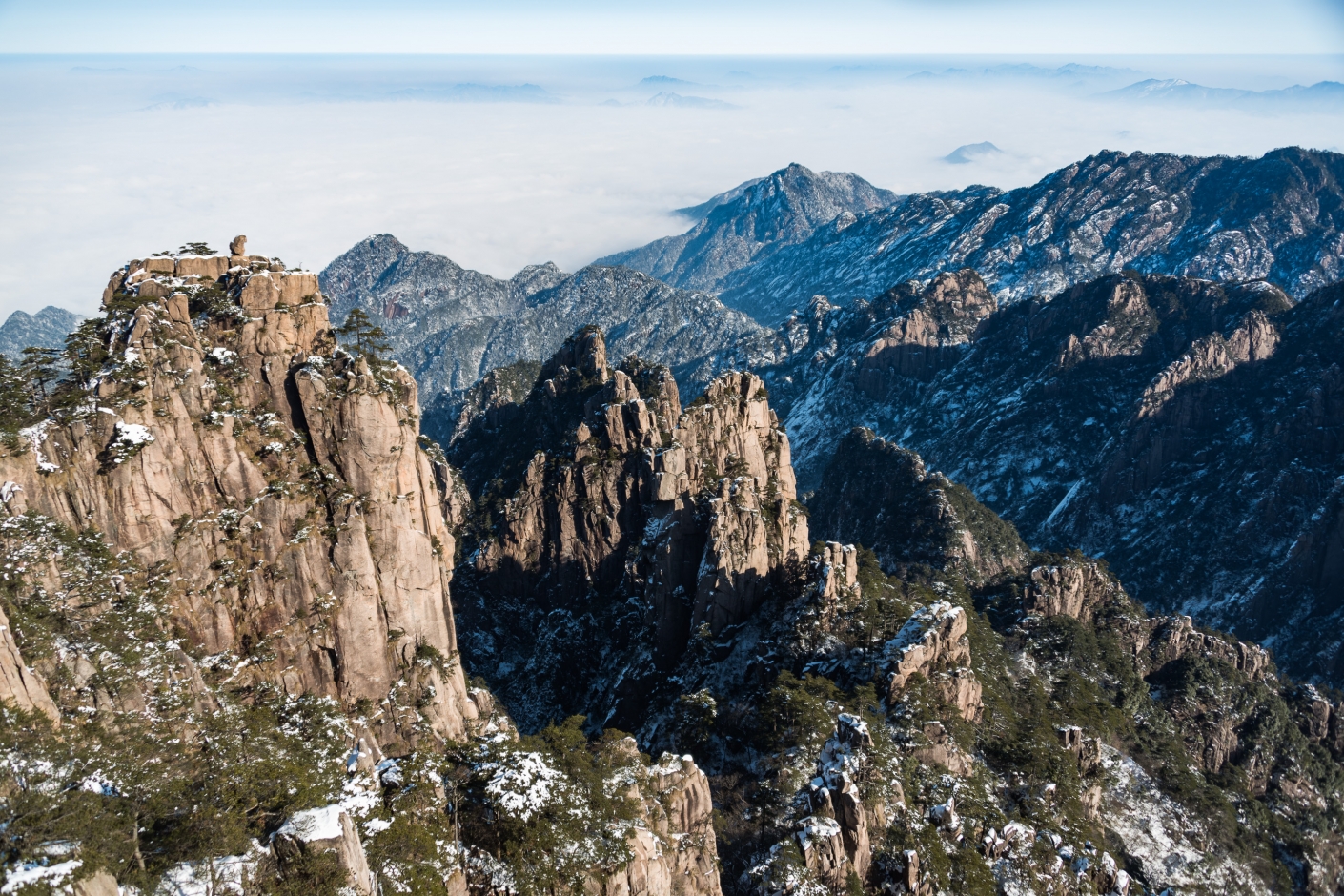 Beautiful West Lake in Hangzhou with many Pagodas, Temples and Shrines, and nearby Yellow Mountains, the Huangshan, with some of the most stunning views in the World. All in the winter's beauty.