Going through the old naval fortress of Kochi and the backwaters of Kerala. Another very peculiar Indian state - Kerala is the only one with communistic government, which seems to be working very well when compared to other surrounding states.

Kerala, a state in Southern India is known as a tropical paradise of waving palms and wide sandy beaches. It is a narrow strip of coastal territory that slopes down the Western Ghats in a cascade of lush green vegetation, and reaches to the Arabian sea. It is also known for its backwaters, mountains, coconuts, spices and art forms like Kathakali and Mohini Attam. It is the most literate state in India, and a land of diverse religions, where you can find Hindu temples, mosques, churches, and even synagogues.
See full map

A city born in storm, nurtured in rivalry and established as battling ground for European empires. This phrase makes prefect understanding of Kochi which was formed as an ancient port city. Kochi has a cosmopolitian culture, highly influenced by historical trading partners, Portuguese, Dutch, Arab, Chinese, and Japanese. Kochi is the seat of the Latin church of Kerala and has many Catholic churches and followers. It is also home of Kathakali, traditional art form combining dance, theatre, music and colorful elaborate make-ups.

Backwaters of Kerala begin just south of Kochi and form a network of 1500 km of canals both manmade and natural, 38 rivers and 5 big lakes extending from one end of Kerala to the other.

Selling catch of the day.

Girl on a beach full of trash.

Fisherman returning with a catch.

Another fisherman swinging his net for a catch.

Net in a full swing.

Couple on a pier.

Original tomb of Vasco Da Gama in St. Francis Church at Fort Kochi. Remains of one of the most legendary explorers were later moved back to Portugal.

Kerala is the only state in India that has communistic government.

This tuk-tuk seems to be out of service for some time.

Hand and facial gestures are primary means of communication with viewers in this silent theatre form.

The traditional themes of the Kathakali are folk mythologies, religious legends and spiritual ideas from the Hindu epics and the Puranas.

This particular tale concerns relationship between hindu god Shiva and his wife Parvati.

Kochi is situated on several island connected with channels. This is one of the local ferries that connect different parts of the city.

The Kerala backwaters are a chain of brackish lagoons and lakes lying parallel to the Arabian Sea coast (known as the Malabar Coast) of Kerala.

This is chanell next to the city of Alleppey where famous annual rowboat competition takes place for the Nehru Cup.

Local man fishing in the chanell.

The backwaters are frequented by traditional boathouses that originally served as living houses for fishermen, but nowadays most are used as hotels, especially in the season.

Vembanad Lake, one of the largest lakes of the Kerala Backwaters.

Finishing point of the rowboat race. 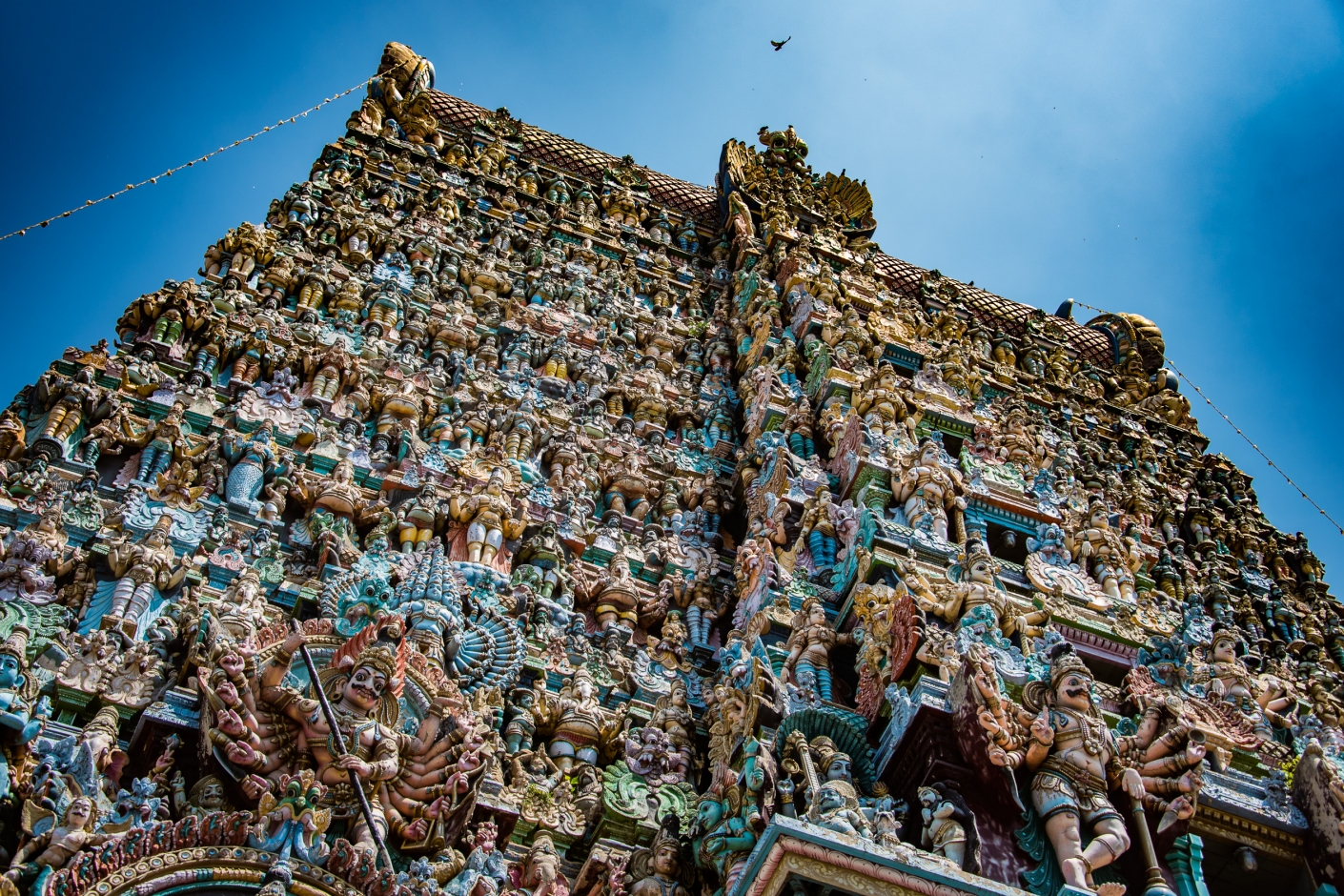 The Southernmost of all Indian states - exotic and historical state of the Tamils - that's Tamil Nadu. We continued our travels on Konkan Railway to the southermost tip of India - Kanyakumari and Cape Comorin, and then ended Indian journey in Madurai, known as Athens of the East.

A quick visual overview of one of the more peculiar states of India - the Goa. Is it just a party capital of India as it is usually known in the west, or does it have anything valuable to offer historically and culturally?.