Continuing our trip through South Island of New Zealand, crossing counties of West Coast, Tasman & Nelson. Exploring western glacier, up and down the Arthur's Pass and up north to Abel Tasman National Park.

From the Fjordlands we head up to Queenstown to start 2nd part of our exploration of South Island. From Queenstown we continue up a bit along the Queenstown Lake to the end of the road, lakeside village of Glenorchy, and then bit further along the gravel roads and forest paths to explore valley and forests along the Dart River, famous as the filming location multiple scenes from Lord Of The Rings, most notably Isengard, place of Saruman's Tower.
See full map

After spending few days in Queensland we head up northwest to the West Coast, location of two most famous New Zealand glaciers - the Fox Glacier and Franz Jozef Glacier. Once easily accessible for all to view, in recent years they retreated very far up the valley, and are only accessible on specialised mountain hiking and helicopter tours. Through there is plenty of other to do in the West Coast, including visiting beautiful natural gorges along the way.

Just in the middle of New Zealand South Island, its backbone the Southern Alps is cut in half with Arthurs Pass, the most important and highest mountain pass in the country. We head up the pass across the Southern Alps to be back in Canterbury for couple of hours, before heading back to West Coast through the pass once again. Quite randomly along the way we came across wonderful natural wonder known as Castle Hill. This rock formation was called 'Spiritual Centre of the Universe' by Dalai Lama who visited it, quite randomly too, when he was passing this road few years ago.

We finish our exploration of West Coast by hitting up the famous Pancake Rocks at Punakaiki, and then head to northern end of the island - the counties of Tasman and Nelson. We pay a proper stop to Abel Tasman National Park, one of many great national parks in New Zealand, to explore it a bit on foot, kayak and a boat.

Ultimately, we head through Nelson to Picton, the southern stop of the Cook Strait ferry, which we board to get to the North Island.

Glenorchy, a small settlement at the northern end of Lake Wakatipu.

This valley up the Lake Wakatipu is famous as the filming location of Isengard from Lord of The Rings.

Lambs playing on a quitet fields that were overrun by hundreds of actors in epic LOTR battles a decade ago.

Overview of Queenstown, new zealands most famous mountain resort city, from a hill above, accessible by liftchair.

Cardrona Bra Fence, an rather obscure decoration along the road between Queenstown and Wanaka.

A walkway on the border between Otago and West Coast.

Overview of one of the 2 famous Glaciers on the west coast (the other bing Franz Jozef Glaciers). Both glaciers retreated massively in recent years.

Scenic gorge along the Hokitika River on the West Coast.

Traditionally the water in this gorge is sparking crystal blue (if you don't visit it in heavy rains like we did).

Tamaraku river valley leading up to the Arthur's Pass.

Driving up to the Arthurs pass from the west.

Arthur’s Pass National Park is in the heart of the Southern Alps/Kā Tiritiri o te Moana. Its high mountains with large scree slopes, steep gorges and wide braided rivers straddle the main divide, and are the ‘back bone’ of the South Island.

The Kea. The endangered kea is the world's only alpine parrot, and one of the most intelligent birds.

The pass nearing its highest point at 920m above sea level.

Waimakariri River flows from the Arthur's Pass to the east.

Castle Hill. When HH Dalai Lama visited Castle Hill few years ago on his way through Arthur's Pass, he decided to make an unplanned stop here.

After spending some time here and feeling the spiritual energy of the place, HH Dalai Lama proclaimed Castle Hill to be the Spiritual Centre of the Universe.

Up the Waimakariri valley and back through the Pass once more.

Historic Otira Stagecoach Hotel on western end of Arthur's Pass, standing in place since only stagecoaches frequented this pass once weekly, before any proper road or rail was built.

Driving along the coast road up the West Coast.

The Pancake Rocks at Punakaiki.

Looking like giant pancakes the curious limestone formations are especially spectacular at high tide in a westerly sea.

They were formed 30 million years ago from minute fragments of dead marine creatures and plants landed on the seabed about 2 km below the surface.

From West Coast To Tasman.

A helicopter action along the mountain pass highway.

Wineyards on the road towards Picton, a ferry port for a ferry across the Cook Strait.

Sheep being thransported across the Cook Strait on a ferry, packed in a lorry. 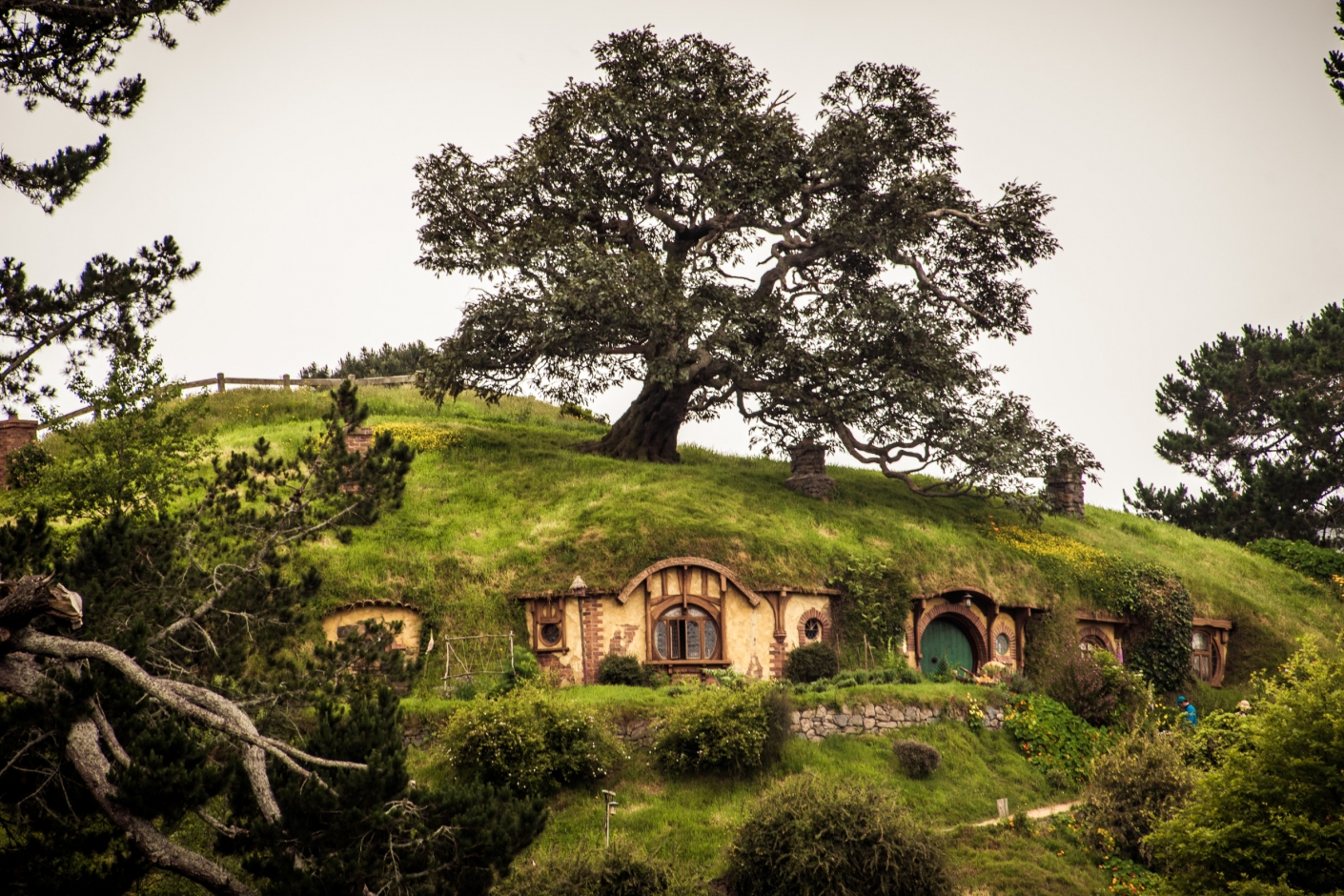